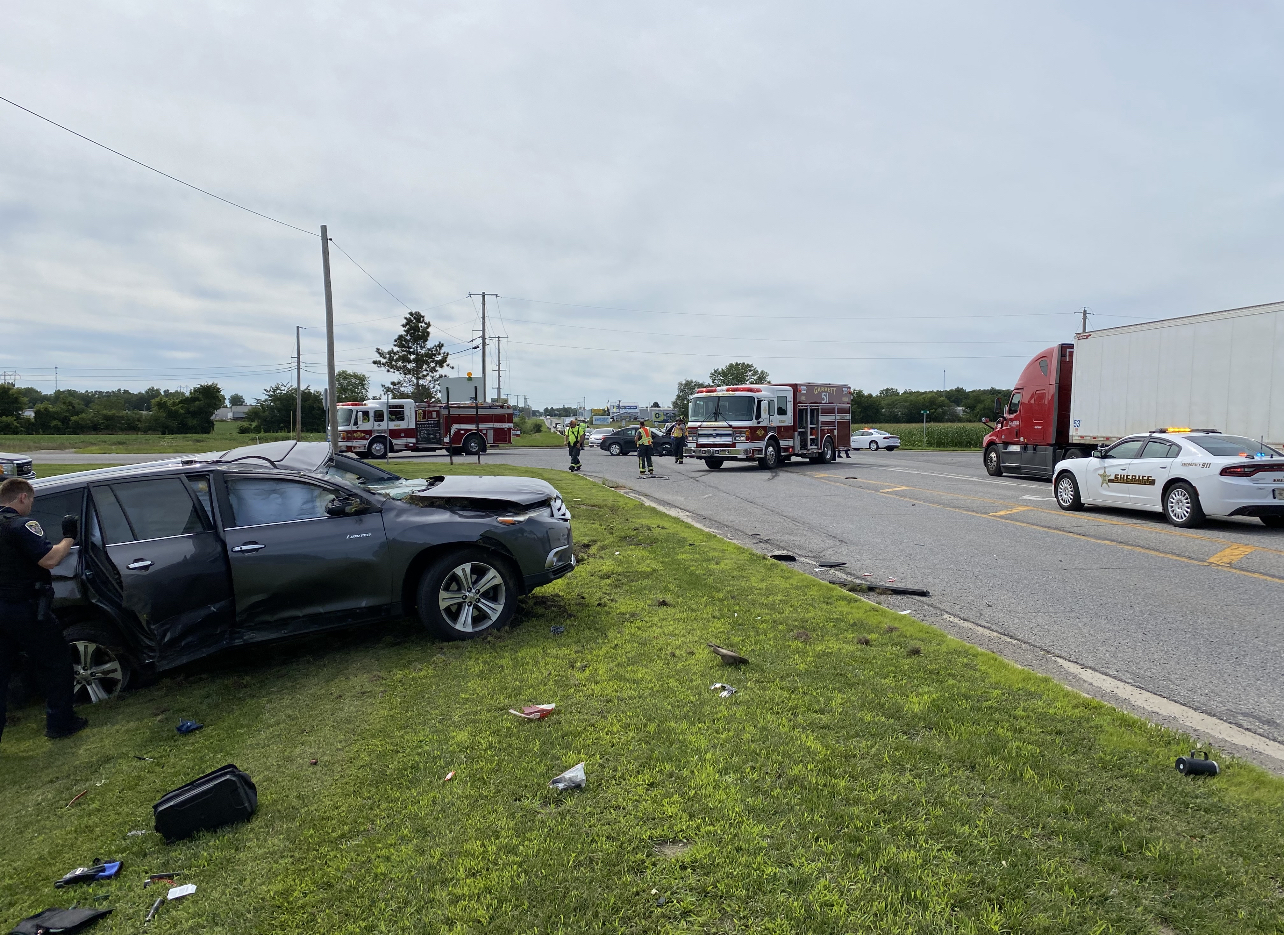 GARRETT, IN - Authorities in DeKalb County were called to the intersection of State Road 8 and County Road 19 for a two vehicle accident late Friday afternoon.

The accident happened just before 4 PM.

According to the DeKalb County Sheriff’s Department, a 2013 Chevrolet Cruz driven by Corey Fry, age 26 of Ashley (Indiana), was northbound on County Road 19. Reports indicate that Fry went through the intersection at State Road 8 and struck an eastbound Toyota Highlander driven by Mark Shannon, age 60 of Fort Wayne.

Shannon’s vehicle was eastbound on 8 when the impact happened. His vehicle then hit the curb before going off of the roadway, and rolling over.

Authorities say neither of the drivers were injured in the crash; however, both vehicles were totaled.

The DeKalb County Sheriff’s Department was assisted by the Auburn Police Department, Parkview EMS, and the Garrett Fire Department.