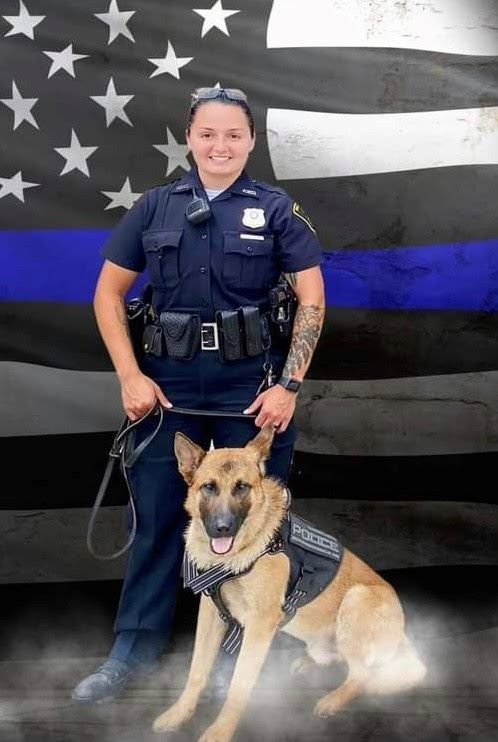 RICHMOND – During a traffic stop on Wednesday, August 10 Richmond Police K-9 Officer Seara Burton was shot as she was assisting another officer at a traffic stop.

According to the Indiana State Police, “During the traffic stop, Officer Burton's K9 partner Brev was used to conduct an open-air sniff around the moped and indicated the possible presence of narcotics.”

While Burton was speaking with other officers the suspect Philip Lee 47 of Richmond pulled out a firearm and fired at the officers and Burton was shot.

The other officers returned fire on Lee as he tried fleeing on foot. He was apprehended and taken to Reid Hospital in Richmond where he was treated for gunshot wounds.

Burton was transported by ambulance to a nearby hospital and later airlifted to Miami Valley Hospital in Dayton, Ohio in "very critical condition, fighting for her life,” said Richmond Police Chief Michael Britt.

The incident remains under investigation by the Indiana State Police.